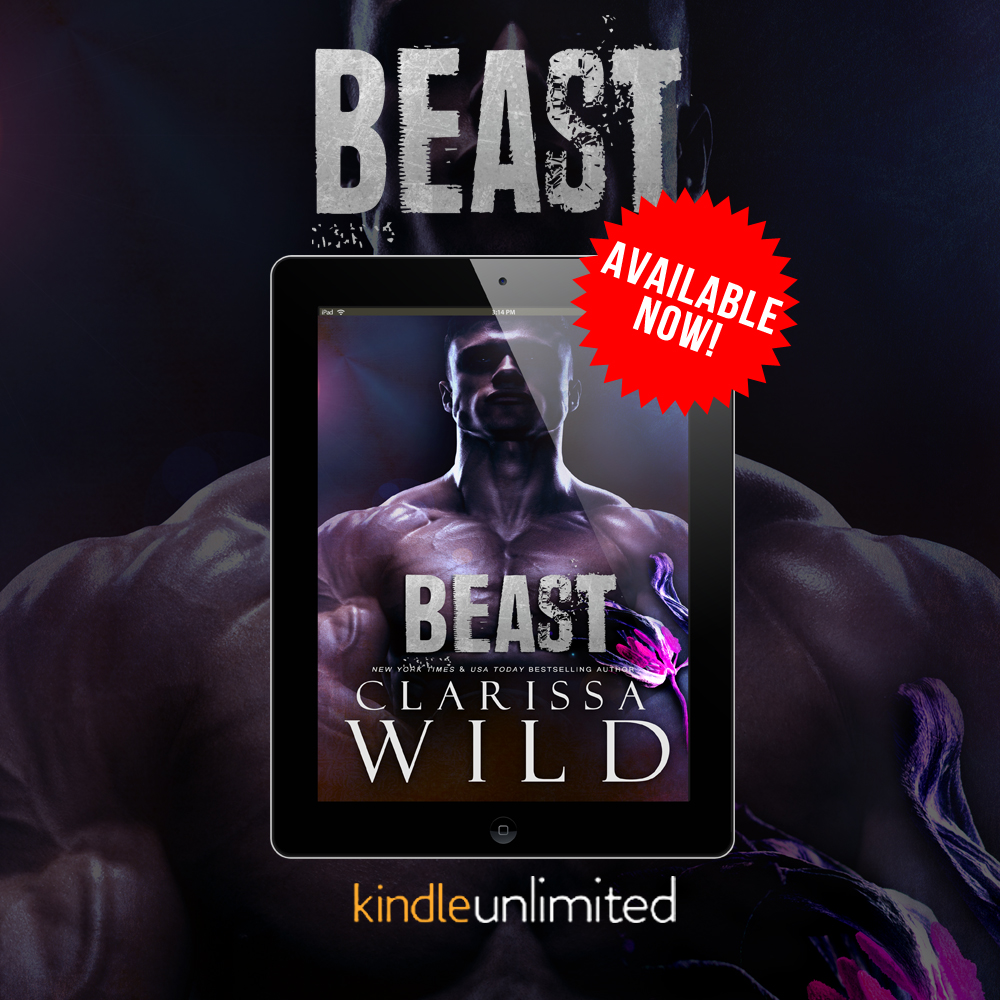 He has a beastly instinct to devour everything in his path … until her.

I am the giant, menacing monster, known only as the Beast.
Sold to the mafia as a kid and trained to hunt, my life revolves around brutality and carnage.
My home is a cell made of concrete and iron bars.
And there is nothing I won’t do to be free.
Until her.

The innocent black-haired girl with pretty pink lips, whose father I was supposed to hunt, dares to get in my way.
But when I grab her and look into her eyes, I can’t bring myself to finish the job.
She makes me feel hope. Greed.
And a frenzied desire to touch her.
Taste her.
Make her mine.

I was supposed to destroy everything in my path.
Instead, I took her … and consumed her whole.
BEAST is book 1 in the Beast & Beauty Duet.
Read now (Amazon Kindle Unlimited) 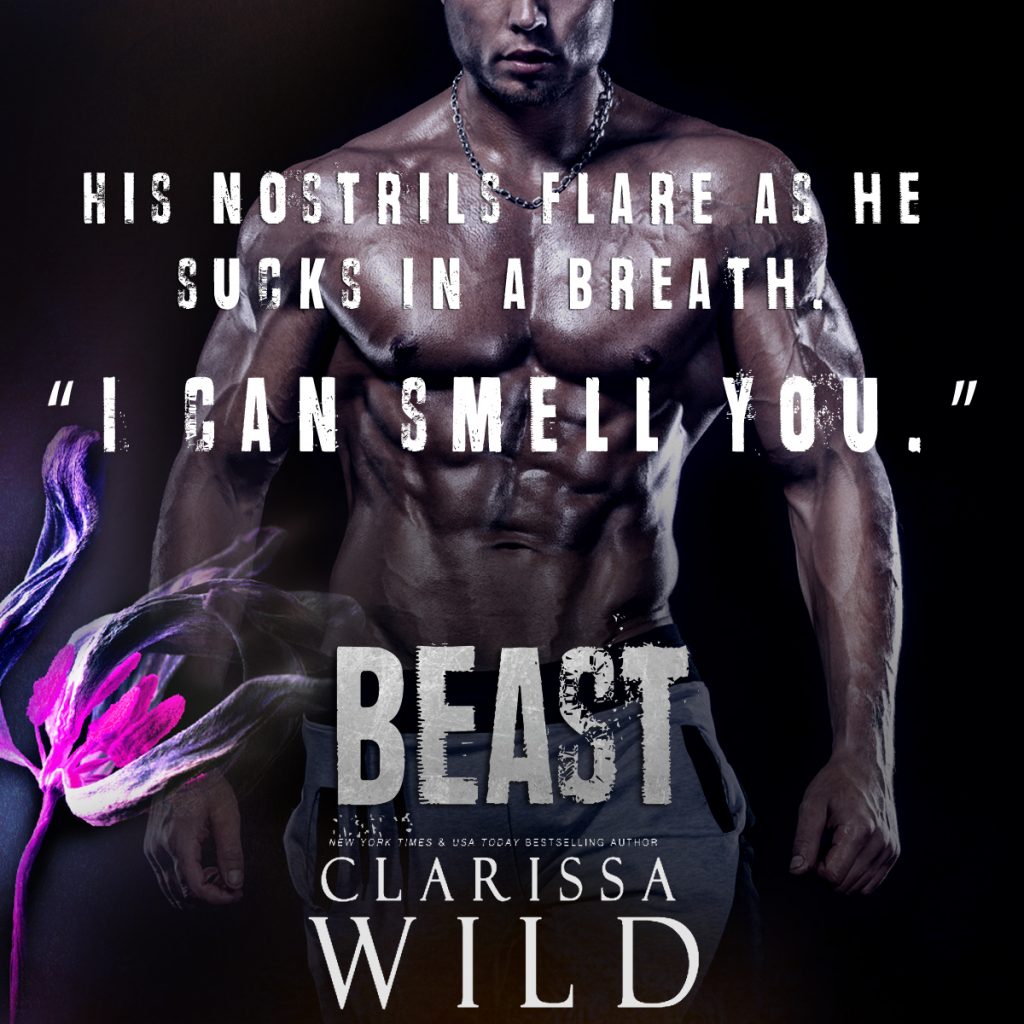 His lips are on mine.

I can’t process what’s happening because my mind is turning to mush.

It feels so good and overpowering that I don’t know how to stop it. Or if I even want him to.

His free hand grips my wrist, and my eyes burst open.

He pulls back, releasing me from his grip, looking at me with disdain before touching his lip. It’s bleeding.

Feisty? I’ve never been called feisty before, not by any man.

Then again, this is no ordinary man.

My entire face turns red as a beet.

No, he can’t want me like that. He made that abundantly clear in the hotel room.

Not that I care.

Besides, I only offered it there to save my life, to stop him from bringing me to this very place, and it failed. There’s no reason to let him do this. No reason at all, but …

Suddenly, he leans in, his lips grazing my skin right below my ear. And everything I was thinking flies straight out the window.

It’s wrong, so wrong, yet I can’t even put up a fight as his lips drag a line down my neck. The rumbling groan that follows sets my body on fire.

I don’t understand. He made himself very clear back in that hotel room. So then why do I get the sense he’s been holding back since then?

Is it because he needed to bring me in first? Have his owner gift me to him like some pet?

Or was it something else?

I don’t know how to respond.

Because I definitely, very much, should be terrified.

“You’re a murderer,” I murmur, trying so hard not to be affected by the way his lips plant succulent kisses all over my skin. “Of course I’m scared.”

“I won’t hurt you.” His voice is dark, heady like he’s on the verge of severing whatever restraint he put on himself. And with every kiss he plants, it’s becoming harder and harder to breathe.

He kisses my jaw in such a soft manner that it completely throws me off balance. Who knew a beast like him could be so gentle?

One moment, he’s destroying the cage along with the meat thrown to him like he’s some kind of animal, and the next, he wants to shower me in kisses. It’s too confusing, too … maddening.

I must stop this before it’s too late.

I instinctively plant a hand on his buff chest and push. My strength pales in comparison and does nothing except alert him. He leans back, his gaze penetrative as he places his hand on top of mine, guiding my hand down, down, down …

Until it reaches the point of no return.

I suck in another breath at the feel of his thick bulge underneath the palm of my hand. The groan that follows from deep within his throat makes me whimper out loud.

Definitely as hard as a rock.

I gasp, partly from the shock and partly because it’s exciting me in a way that should be forbidden.

I quickly remove my hand, jarred by my reaction to his body. 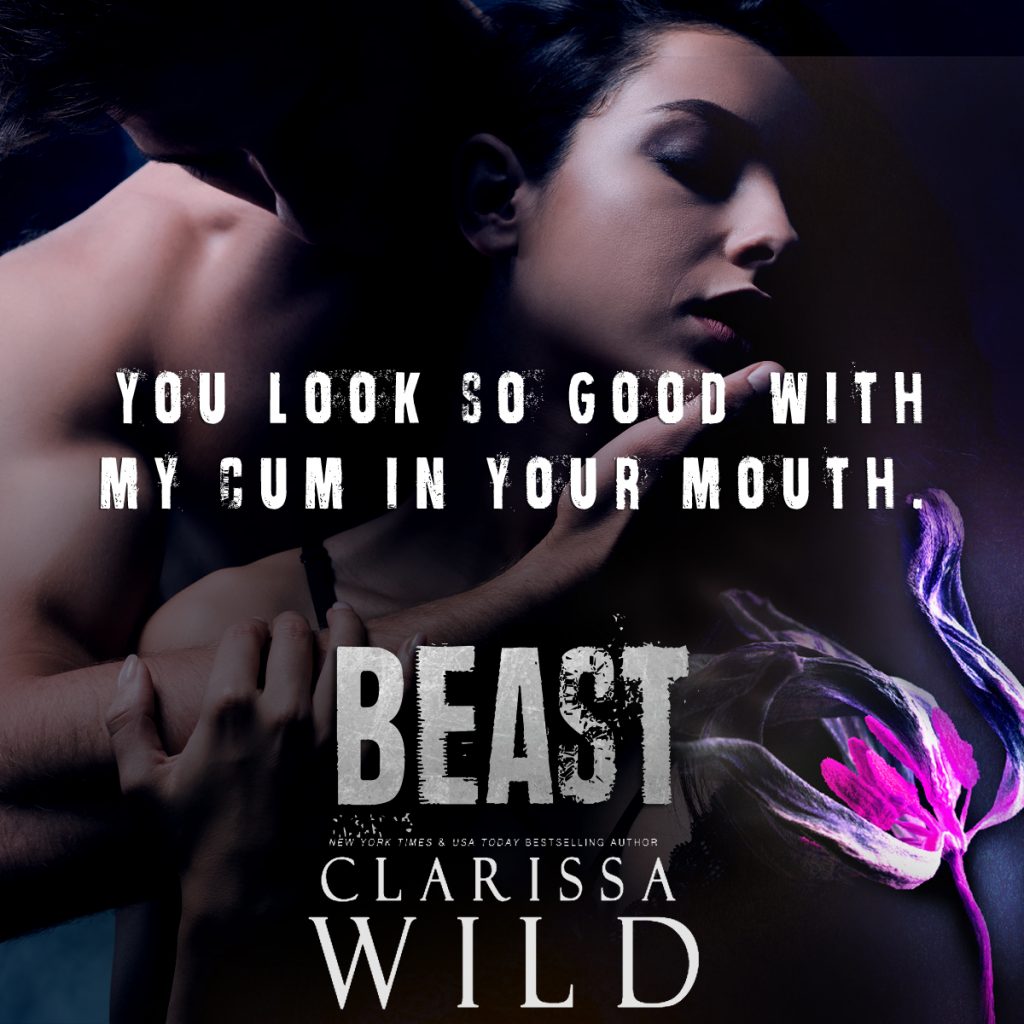 Clarissa Wild is a New York Times & USA Today Bestselling author of Dark Romance and Contemporary Romance novels. She is an avid reader and writer of swoony stories about dangerous men and feisty women. Her other loves include her hilarious husband, her cutie pie son, and her two crazy but cute dogs. In her free time, she enjoys watching all sorts of movies, playing video games, reading tons of books, and cooking her favorite meals.

Want to get an email when my next book is released? Sign up here to receive 4 FREE short stories: https://www.clarissawild.com/newsletter/ 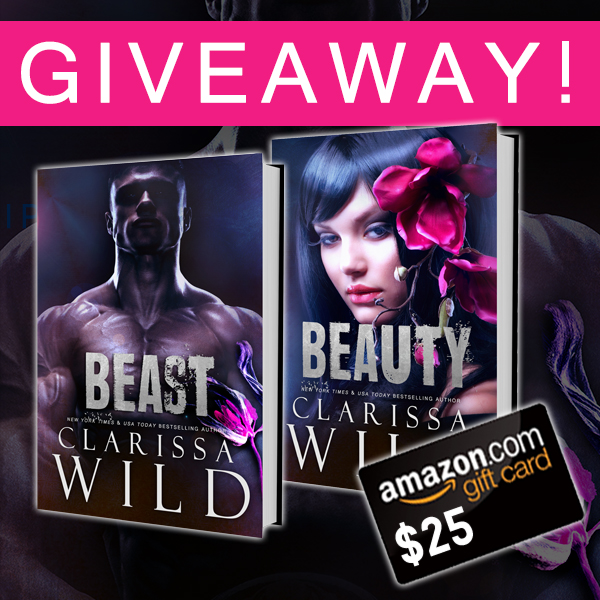